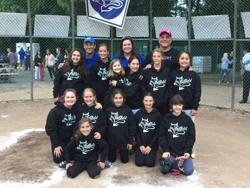 Congratulations to Clemson, the GSLW 2016 National League Champions! Clemson eked out a 5-4 victory in front of a huge crowd at Memorial Field. The game featured both a grand slam by Courtney Shyposh and a triple play executed by Keri Rothenberg, Avery Pierce, and Shyposh. Dartmouth was led by ace pitcher Shea Murphy while the Clemson pitching staff featured Pierce. Great job by both teams in this exciting game - and thank you to all of the parents, coaches, and players of other teams that turned out to watch the game.